Art loves chance and chance loves art.
Aristotle
In my last blog, I talked about what I believe are two important elements of creativity:  1)  creativity comes not from our conscious mind but from a source beyond it; and 2) creativity is deeply connected with a sense of play.  In this posting, I will discuss what I believe is the third element of creativity:  chance.
Most people would probably not consider chance to be an aspect of creativity since it definitely does not occur through any intent of the individual but rather from a mistake, an accident, or simply happenstance.  However, I believe it is what one does with the chance occurrence that makes it an aspect of creativity.  Scott Adams, the creator of Dilbert stated:  “Creativity is allowing yourself to make mistakes.  Art is knowing which ones to keep.”  Whether it’s creating a work of art, working on a scientific research project, or designing a building, one is faced with a multitude of choices.  The conscious part of the creative act is selecting which of these choices one should follow.  As a sculptor, I must decide:  “Do I make the nose longer, wider, aquiline, straight, and on, and on.”  As I continue to make these choices, I often discover that some of my previous choices do not support ensuing choices.  I then must go back and take a different direction to make the piece work as a whole.  In the same way, a scientist will make certain choices as to the direction she should proceed.  Sometimes these choices will lead to the desired results, but more often they will not.  The scientist must then go back to make other choices that will hopefully lead to a solution to the problem.  During this creative process, both for the artist and the scientist, chance occurrences often present themselves.  And the opportunity presented by chance is yet another choice.  The choice being, “Do I accept this, reject it, or learn from it?”  Just because we ourselves have not participated in the element of chance does not mean that it is not a viable route to our desired end (even if we may not yet know what that end is).
Alexander Fleming is generally given credit for the discovery of penicillin.  However, this ‘discovery’ was based on the ‘chance’ observation by several scientists who preceded him.  One of these was Louis Pasteur who studied the growth of the anthrax bacilli.  When his samples were accidentally contaminated with mold, the growth of the cultures was inhibited.  He correctly interpreted this chance event and surmised that the mold itself had a negative effect on the growth of the anthrax.  This lead to his famous quote:  “In the fields of observation chance favors only the prepared mind.”
I’d now like to look at a few examples of my own work to demonstrate how chance played a large role in their creation.  “Marion 3.0,” as shown at the top of this posting, was originally designed to be a solid bust of a woman.  However, the casting was faulty and a gaping hole was left in the piece.  I was just about to toss it away, when I realized that I really liked the effect.  The location of the hole was such that, for me, a great deal of originally non-intended meaning was added to the piece.  I considered my options and decided to finish the outside and inside of the casting with diametrically different finishes to arrive at the final sculpture.  She was thus born of chance.
“Gorgon” is another of my pieces that was the result of chance.  The head of “Gorgon” was originally made for another sculpture.  But, after completing the sculpture, I felt the head, then without hair, was too small and cut it off.  This head lay in my studio for quite some time.  I still wanted to use it but wasn’t quite sure how.  Then one day, I held the head in my hand, turned it this way and that and wondered, “Now, what can I do with this?”  Suddenly, I realized, “Wow, I like the way the head fits my hand so comfortably.”  I then sculpted a hand to hold the head and created hair to flow around the hand.  It is now one of my favorite pieces.
Many of us believe that creativity does not arise from the conscious mind.  Some say it comes from a ‘muse,’ the creative impulse, the subconscious, a universal creative force, God...but wherever it comes from, couldn’t that force also be controlling the chance occurrences that present themselves to us?  As I’ve heard many people say, “There’s no such thing as an accident.”

Great post, Dan!
If creativity comes from a source beyond the mind (and I'd agree with that), ALL creativity could be considered chance. From the perspective, it's a play of chance and choice...

When will you post again ? Been looking forward to this !

I really like your blog.. very nice colors & theme.
Did you design this website yourself or did you hire someone to do it
for you? Plz reply as I'm looking to construct my own blog
and would like to know where u got this from. cheers 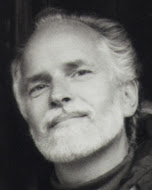 Please visit my web site for more information and images of my work.